There is a very heated and divisive debate going on in many areas of North America about pipelines. More specifically, a debate about whether or not to build new pipelines to move Oil and Gas from where it’s extracted, to one of the several refineries available across the continent. It’s an ideological clash that is steeped in near-religious conviction, misinformation, economic consequences and two sides that have dug in their heels; neither of which is prepared to budge. 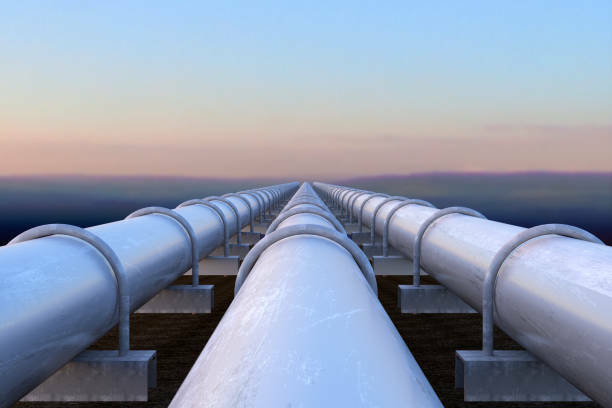 Pipeline proponents will argue that pipelines are the safest, cheapest and most reliable way to move oil and gas. They provide jobs, wealth and access to markets for a valuable commodity.  Opponents however, claim that we need to reduce our carbon footprint, so pipelines represent further destruction of our fragile environment.  Both sides, of course, have valid points, wherein lies the dispute.

The challenge with opposing pipelines, using climate change as the basis, is significantly misguided, as pipelines themselves don’t contribute to climate change.  They’re just a delivery mechanism.  You could even argue that the oil in the pipelines isn’t the culprit – it’s in fact the consumption of that oil that is truly the major contributor to climate change.  In other words, rather than putting in all the effort to stop the construction of pipelines, or the production of oil; those individuals opposing them should be diverting their efforts instead towards the reduction in oil consumption: i.e. the cars, trucks, planes, industry, shipping, etc. that burn billions of barrels of it every year.

Climate change is a real issue. It’s the single biggest threat to humanity that we’ve ever faced. We are at a critical time in our history where significant action needs to be taken now to assert major changes in our lifestyles, economies and overall consumption of fossil fuels.  You don’t have to be a climate scientist to see that things are changing right before our eyes.  However, opposing pipelines does nothing to tackle this issue. It’s just an irritating waste of time – time that should be put to better use in lobbying governments and industry to push reduction and alternative solutions.

It's a Supply and Demand Industry

Like any industry, the Oil & Gas industry is driven by supply and demand. If there’s a demand, there will be a long list of suppliers to meet that demand. It’s pretty simple economics.  Going after the supplier as the core of the climate change problem is, again, misguided.  And even worse, going after the pipeline that delivers the supply to the consumer, is even more misguided.  As long as we keep up our insatiable hunger for oil products, the suppliers will, by hook or by crook, find a way to get it to their market. If you choke the pipelines, they’ll just buy more space on rail cars, trucks and tankers.  If, on the other hand, you succeed in reducing the consumption of oil, the suppliers will then produce less. It truly is that simple.

We Are All Responsible

We are all complicit in the problem.  We all drive cars & trucks.  We like to fly to places like Mexico, Europe and Maui on vacations.  We enjoy foods like avocados, bananas and papayas which are grown far away and shipped to the local grocery store. We shop for bargain prices on clothes – likely made in China, Indonesia, or other distant place. We live in heated homes, work in heated offices.  We order packages from Amazon. We buy endless products packaged in plastic containers and taken home in convenient plastic bags. The list goes on and on.  All of this consumes an inconceivable amount of oil, gas and oil-based products.  Remember, all this oil has to come from somewhere.  So, I’ll ask you a question: when you fill your car at the pump, do you wonder where that oil came from?  Is it from Saudi, Venezuela, Russia?  Are you familiar with the environmental and regulatory policies of oil extraction of those countries?

There are Positive Changes but We’ll Still Need Oil

While it’s true that we’re moving more towards electric cars, ride-sharing and autonomous vehicles.  There’s also a potential shift to more sustainable power sources like wind and solar.  Add to that, the many more positive innovations happening around the globe that will ultimately enable the human race to gradually move off the dependence on fossil fuels.  To counter this unfortunately, global consumption of all resources is accelerating as more and more of the world’s population is achieving a middle-class lifestyle previously only known to ‘western’ countries.  Heavily populated places like China and India now have a ballooning middle class that has the means to be heavy consumers of everything from cars to electronics to textiles to knickknacks from the dollar store.  They can now experience the thrill of excessive buying sprees on Amazon and Alibaba like the rest of us.  On top of that, the world’s population is expected to reach 10 billion by 2050. 10 billion consumers all wanting a nice warm, comfy life with lots of stuff. Stuff that can only be delivered to them on the backbone of oil & gas.

Know Where Your Oil is Coming From

Electric cars regrettably, aren’t going to do much to curb the demand on oil that all that consumerism is already imposing.  The reality is, I hate to say it, we’re going to continue to be dependent on oil for a very long time.  It’s naïve to think otherwise. I’d suggest therefore, that rather than wasting effort on fighting pipeline construction, we instead focus our collective attention towards more productive initiatives that will actually make a difference.

One simple and important difference everyone can make is to demand that the oil they are filling their cars with is from a reputable source that maintains high environmental and regulatory standards.  The point of doing this, is to say that, if we’re stuck with oil for a while, let’s at least get our oil from places that have strict environmental policies.  Here in Canada, it’s tragic that the majority of oil used in this country is imported from countries like Saudi and Venezuela that have abysmal standards – not just environmentally – and supporting them supports repressive regimes with no regulatory practices whatsoever.  Not only that, but the oil isn’t being shipped to consumers in a safe and emissions-free pipeline, but it’s shipped on big tankers that travel across oceans to get here.   People who oppose Canadian oil sands development are in the dark about how strict our policies are around emissions, safety, respect for indigenous lands & people, reclamation & remediation, carbon capture and on and on.  Venezuela’s oil reserves, by comparison, are also predominantly oil sands, however has scant enforcement of environmental regulations.  How is it that it makes sense to buy from overseas rather than from our own resources?  How is it that opposing a pipeline in your own country is going to make things better when you’re buying blood oil from faraway places?  Wouldn’t it make more sense to take some more ownership of your own resources and demand that they be extracted using the highest standards possible? Because, at least you have control over that.  We can’t tell other countries what to do, but we can stop buying their oil.  If we’re stuck with using oil for the foreseeable future, let’s at least make it the best oil we can get.  Oil that we have control over.

To get a good visual understanding of total global oil reserves, this map clearly shows where the majority of the world’s oil comes from.

It’s A Lot About Optics

The thing about natural resource extraction industries like Oil & Gas, Mining and Forestry, is that they’re not very pretty.  It’s easy to produce damning video footage of strip mines or oil wells or oil sands, and leave people with images of filthy industrial exploitation of dirty resources.  It’s compelling for some to over-dramatize the ecological impact of something when they’re covering messy stuff like oil coming out of the ground.  The irony of this, is that this type of damning coverage doesn’t exist for segments like the auto or aviation industries.  It’s much trickier to make nice shiny new cars or sleek airplanes look bad. They’re beautiful and cool and sexy.  Oddly though, it’s cars, trucks, trains and airplanes that are the real environmental culprits. They’re the things that burn all that messy oil that was extracted.  Somehow, they’re given a pass because it’s easier to pick on the supplier as the major contributor to climate change.  Again, instead of focusing the lens on the supply and transportation of oil, it makes much more sense to focus on reducing the excessive consumption of that oil. You do that by driving less, flying less buying less, reusing instead of buying new, and lobbying your local representatives to enforce better emissions standards. It also means supporting unpopular consumption taxes like carbon taxes.

Not in My Backyard

With all that being said, it’s becoming clearer that the pipeline debate is not an environmental one, but rather a case of NIMBY-ism.  No-one seems too bothered by pipelines as long as they don’t run through their neighborhood.  I can understand that concern to some degree. There’s a big electrical transmission line, for example, that runs through my area of the city about three blocks from our house.  I have to admit, I didn’t want to buy a house within two blocks from it for fear of magnetic fields, radiation or other invisible force fields. It’s probably an irrational fear, but I had choices, so I didn’t want to take any chances.  What I know about pipeline technology and safety, however, is that it is one of the single safest ways to transport commodities in the world.  Especially when compared to transporting by rail or truck or oil tanker.  Ultimately, we need to make things better, so we need to take ownership and control so that we can actually make them better.